Redefining the Standard for Quality Cannabis

What does it mean to have a quality product?

Or does quality even matter anymore when there’s a $ store on every corner?  I believe that like everything else in the world, the definition of quality is relative and subjective and thus can be mere personal preference.

Yet for those of us who strive to define or redefine quality, the game still rages on.  A higher quality product draws a higher monetary value and there is almost always a bidder for every level of quality.  So in the world of Cannabis, what makes a quality flower?

In my opinion the four main factors in the creation of Cannabis that directly affect its quality are genetics, growing, trimming/curing, and preservation.

Genetics encompasses so many things, more every day as technology sharpens.  Heirloom or GMO?  Do you use feminized seeds or do you prefer to play “where’s waldo?”  The genetics of a Cannabis strain also identify the expected cannabinoid ratio of the plant as well as the terpene make up if grown to optimum health.  A strain’s genetics decides its smell, taste, and potency as well as how it affects you and your biology.  It could be argued that genetics are the #1 factor in deciding the quality of Cannabis.

A seed with superior genetics can still rot if left to sweat while germinating.  Careful attention to detail is the gardener’s best tool and knowing what to look for takes time and practice. And a bit of failure too.  Many a gardening genius has suffered the woes of lost ladies in the throes of flowering.  Fertilizing, watering, light distribution, these are all things that must be managed daily or even several times a day.  Fans, C02 machines, ladybugs for spider mites!  The umbrella of products and techniques that growing Cannabis encompasses is vast to say the least.  I believe it could also be argued that how Cannabis is grown has the most effect on its quality. 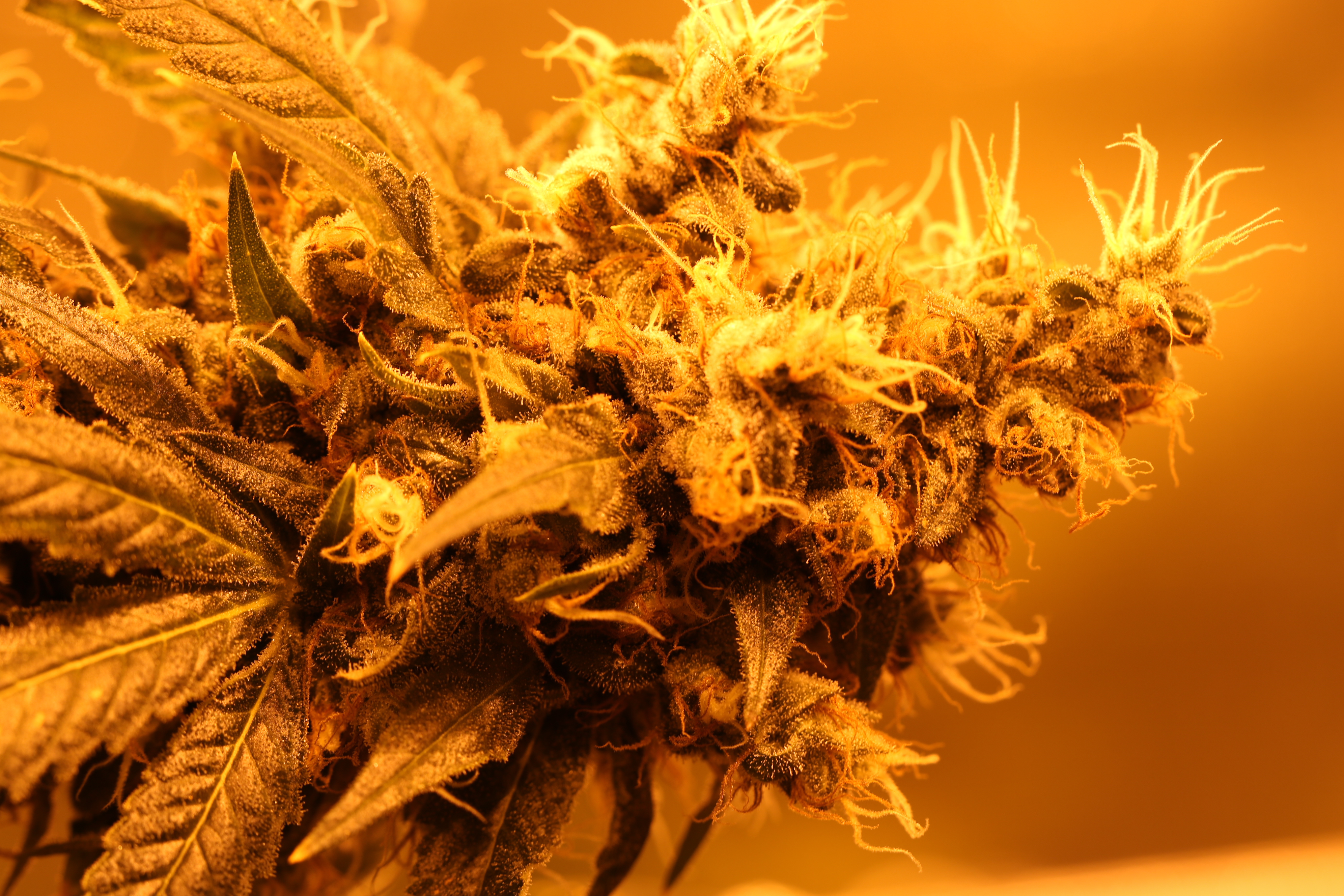 How much leaf is too much leaf to hug your glistening nug?  For some, trimming means everything and the hours perfecting some trimmers’ techniques leave them with aching hands and sticky fingers.  I’d trim all day long for free if I could take the latex gloves home with me!  It seems like the trim is all about aesthetics. But it can also be about taste and experience since smoked or vaped flower definitely tastes different than leaf.

A well-cured nug of Cannabis can mean the difference between a head ache and pure herbal bliss.  Proper curing is a time-consuming yet crucial oft-skipped step in the creation of quality Cannabis.  After proper drying you store your dried and trimmed buds inside an airtight glass jar to allow the sugars and organic terpenes to ripen, ferment, and break down the chlorophyll. This makes for a smoother, sweeter smoking and vaping experience.  Further conversion of cannabinoids occurs during this period as well so a good cure most definitely can affect more than just taste, but effect as well.  Once again, one could argue that the curing and trimming of the nug is a big part of what makes quality.  I’m here to say though, that I see a fourth aspect to add to your arsenal of tools for creating quality Cannabis. 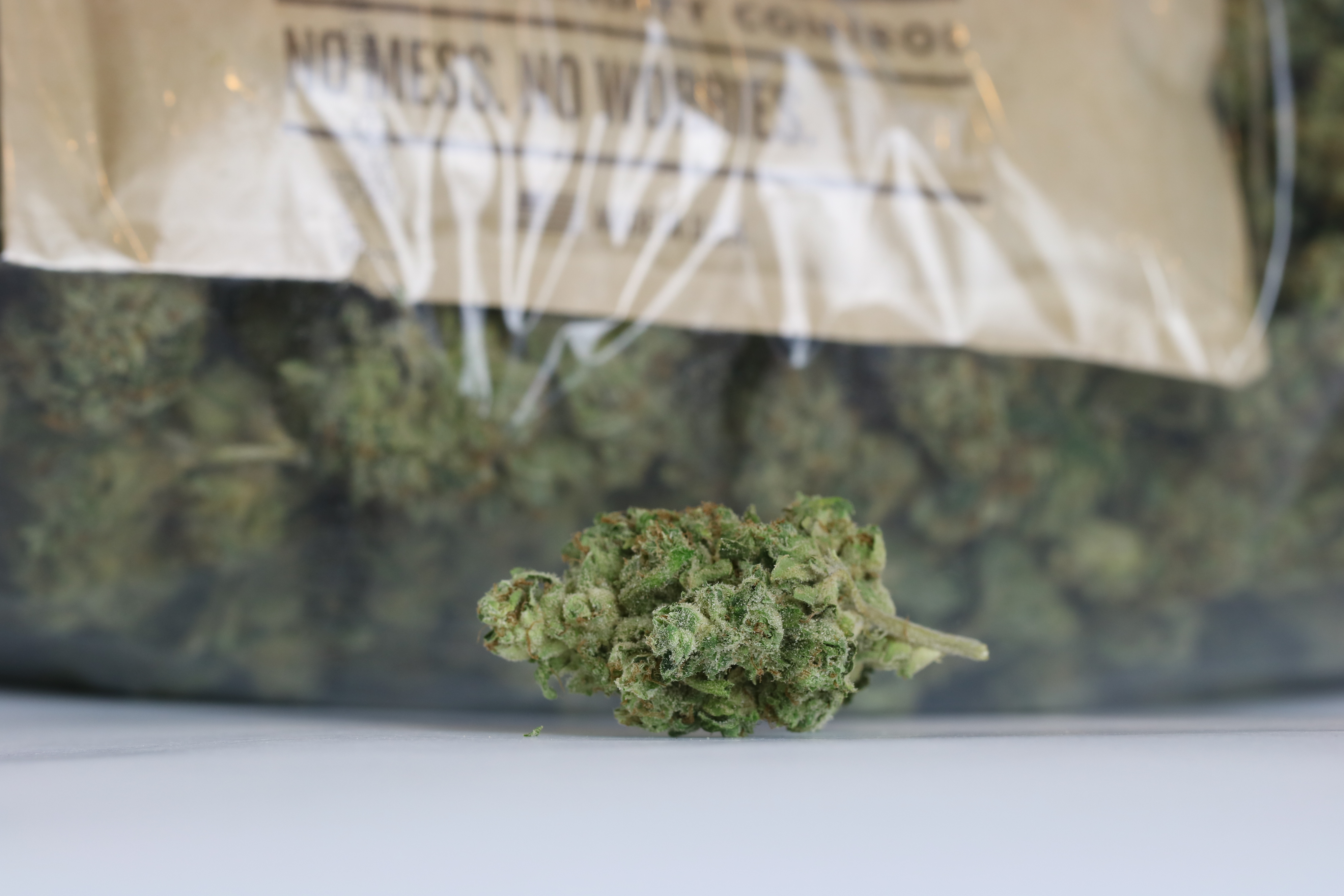 Growers have been judging dryness with such vague measurements as “when the stem easily snaps” for too long.  And many have suffered the loss of mold-covered medicine because they jarred it up while it still had too much moisture in it.  Now there is a product called Boveda that can control the relative humidity of your medicine for months and months.

Boveda packs work using a reverse-osmosis membrane. Inside is a solution of natural salts and purified water vapor either exudes or absorbs moisture to keep your nugs fresh and free from mold or harmful micro-organisms.  Studies have shown that Cannabis flowers can lose up to 15% of their terpene content when they are over-dried.  Boveda is now now the trusted product in two-way humidity control used to preserve everything from Humidors to Cannabis to Guitars.  They come in various sizes and RH levels which for Cannabis range between 58% and 62% relative humidity.

So since it’s all relative anyways, I’d love to know your opinion of what affects the quality of Cannabis.  Either way, we can now agree that the final step is always proper preservation and storage of your nugs.  And the best way to do that is with Boveda.

Find out more or try us out!

Dianna Donnelly is a Cannabis educator, blogger, and free-lance writer living in Kingston, Ontario. She counsels new patients on the safe and effective use of medicinal cannabis and believes that with enough time, cannabis, and coconut oil she can heal the world.

The post Redefining the Standard for Quality Cannabis appeared first on Boveda® Official-Site.